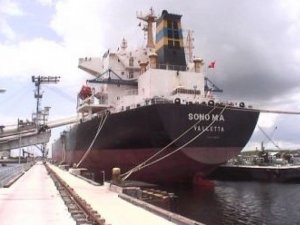 Fresh from a $200m refinacing deal provided by George Economou, DryShips has sealed an agreement with Kalani Investments whereby it may sell up to $200m of its common stock to Kalani over a period of 24 months.

The deal with Kalani, an unaffiliated company based in the British Virgin Islands, follows Anthony Kandylidis, president and CFO of DryShips, indicating plans to take advantage of current low asset prices to expand its fleet.

“We are very excited to now have the ability to raise up to $200 million of equity having full control of the timing. Together with available liquidity in excess of $120 million we are now in a position to commence the process of re-building the Company’s fleet and earnings capacity and pursuing investments in various shipping segments as they arise. We are already evaluating a number of opportunities that we hope will materialize in the very near future,” George Economou said in a release.

DryShips has agreed to issue up to $1.5 million of its common stock to Kalani as a commitment fee.

This news is a total 912 time has been read
Tags: DryShips gets $200m boost