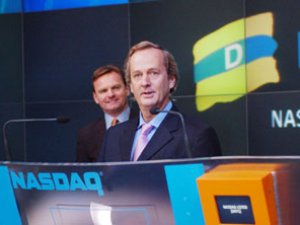 Following the completion of the offering, the company has approximately 152,055,576 common shares outstanding.

“We are very pleased to have successfully raised an additional USD 198 million of equity, which will increase our total available liquidity to about USD 455 million. We continue to look at opportunities to diversify and grow our fleet with high quality tonnage and significant operating leverage,” George Economou, Chairman and CEO commented.

Under its diversification plan, the company has returned to gas carrier market early this year with the recent purchase of two very large gas carriers with an option to add two more. Each of the four VLGCs, which are currently under construction at South Korean shipyard Hyundai Heavy Industries (HHI), are planned to be employed on long term charters to major oil companies and oil traders. The vessels are scheduled for delivery in June, September, October and December of 2017, respectively.

Separately, the company’s CEO has been linked to an order for four VLCCs at Hanjin Heavy Industries & Construction (HHIC)’s Subic Bay, however, the order is yet to be confirmed.

This news is a total 969 time has been read
Tags: DryShips Raises USD 198 Mn as It Eyes Further Fleet Growth