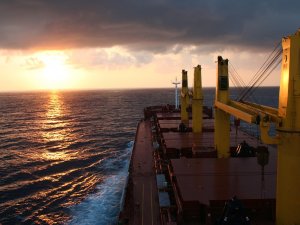 The shareholders of the Greek shipping company DryShips voted in favor of the proposal to authorize and approve the previously announced agreement and plan of merger with SPII Holdings.

Under the deal, entered into on August 18, 2019, SPII, a company controlled by DryShips’ chairman and CEO, George Economou, would acquire the outstanding shares of common stock, USD 0.01 par value, of the company that it does not already own for USD 5.25 per share in cash, without interest.

Holders of 77,832,018 shares of the company’s common stock voted in person or by proxy at the special meeting, representing around 89.6% of the total shares of the common stock outstanding and entitled to vote at the meeting. Of those shares voted, a total of 76,883,695 shares, or 98.8% of the shares voted, were cast in favor of the proposal to authorize and approve the merger deal.

Upon completion, the merger will result in DryShips becoming a privately held company and its shares will no longer be listed on the Nasdaq Capital Market.

The closing of the transaction is expected to take place on or about October 11, 2019.

This news is a total 472 time has been read
Tags: DryShips, Merger, SPII Holdings.