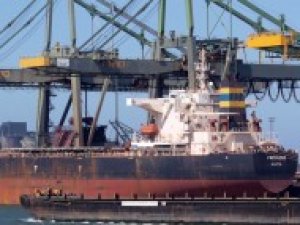 Shares in George Economou's DryShips plunged 40% yesterday as investors abandoned the stock on the back of its announcement on Tuesday that it was undertaking its fifth reverse stock split this year.

DryShips shares fell 33 cents in trading on the Nasdaq yesterday to close on just $0.50, adding to recent losses which have seen the stock drop 90% in the last month alone. Tomorrow is likely to see further losses, with previous reserve splits resulting in drops of over 30% once the split comes into effect.

Compounding negativity surrounding the stock is the growing amount of legal action against the company.

This news is a total 694 time has been read
Tags: DryShips shares in freefall