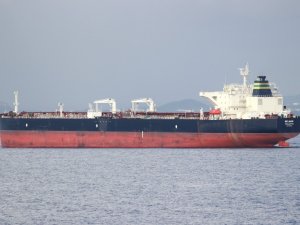 NASDAQ-listed Dryships Inc has entered into agreements to acquire six vessels for a total gross price of USD 268 million.

The purchase of the two second-hand Kamsarmaxes is conditional on the company’s physical inspection and acceptance of the vessels.

All the vessels are expected to be employed in the spot market except for the two VLGCs that will be employed under ten year charters with a major oil trader with total contracted backlog of about USD 208 million, DryShips said.

All of the vessels are being acquired from unaffiliated third parties with the exception of the two VLGCs, which will be acquired from entities that are affiliated with the company’s Chairman and CEO, George Economou.

The company expects that these acquisitions will be financed by cash on hand, the available liquidity under the senior secured credit facility with Sifnos Shareholders Inc., an entity affiliated with Economou, and new bank debt.

“In the last three months, we have acquired a total of fourteen vessels with an average age of two years, for a total cost of approximately $662 million,” Economou said.

”We have been able to deploy all of the $400 million of fresh capital raised in a very short time frame taking advantage of historically low prices to diversify our portfolio of vessels and re-build our fleet’s earning capacity that will underpin our recently announced dividend policy. With this latest capital raise we will be closing the first cycle of acquisitions for DRYS and we will continue to scour the various shipping segments for further opportunities as they arise.”

In addition, DryShips has entered into an agreement with Kalani Investments Limited to sell up to USD 226.4 million of its common stock to Kalani over a period of 24 months. Proceeds from any sales of common stock will be used for general corporate purposes.

This news is a total 1060 time has been read
Tags: DryShips Wades Deeper into Tanker and Gas Carrier Markets