DryShips Winds Down 2016 with Cut Loss 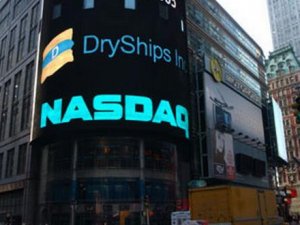 The loss includes equity in losses of Ocean Rig, according to the firm’s data.

As disclosed, no revenues from drilling contracts and lower voyage revenues led to the reduced total revenue.

Due to the prolonged market downturn in the drybulk segment and the continued depressed outlook on freight rates, DryShips started discussions last year with its lenders regarding the firm’s debt facilities.

In December 2016, DryShips’ chairman and CEO George Economou took over the majority of the firm’s debt. A company controlled by Economou has become the lender of record under DryShips’ USD 85.1 million syndicated loan previously arranged by Germany’s HSH Nordbank.

“We are pleased to have put 2016 behind us. Having now restored our balance sheet and successfully raised over USD 300 million in new equity in the last 12 months, DryShips is in a unique position to opportunistically acquire vessels at prices close to historic lows,” George Economou, Chairman and Chief Executive Officer of the Company, commented.

This news is a total 867 time has been read
Tags: DryShips Winds Down 2016 with Cut Loss