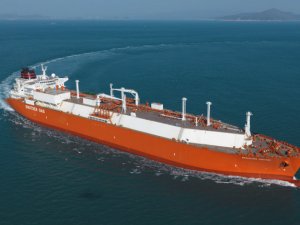 DSME did not disclose the name of the client.

The new LNG carrier will be equipped with the in-house LNG supply system, which according to DSME offers 20% less fuel consumption compared to Dual Fuel Diesel Electric (DFDE) engines, as well as reduces the carbon dioxide, sulphur and nitrogen emissions by 30%.

The shipbuilder says that daily bunker expenses can be reduced to USD 15,000 a day if the ship’s speed is kept at 12 knots.

Last year, DSME received orders for a total of 37 LNG carriers, including the four to be built for Korea Line Corporation and Hyundai LNG as part of the Kogas tender awarded earlier last year.