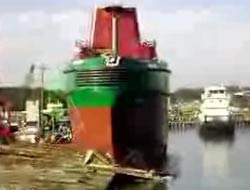 The GALVESTON is being constructed for U.S. Shipping Partners, L.P. of Edison, N.J. along with two sister ships.

The GALVESTON is the first of three ABS Classed 150 ft ATB tugs currently under construction at Eastern's Allanton facility.

The vessel is designed and engineered by Guarino & Cox of Covington, LA and is classed under the American Bureau of Shipping rules for Building and Classing Steel Vessels Under 90 meters in length.

The vessel has the following capacities:

The GALVESTON will be paired up with a 160,000 barrel barge due to be delivered later this year.

This news is a total 1344 time has been read