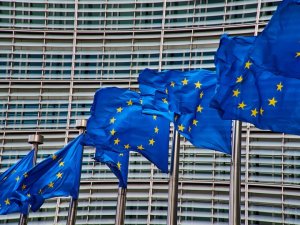 The European Commission has approved the acquisition of joint control over four project companies with concessions to build or operate port terminals in West Africa by Denmark’s A.P. Møller Capital (APMC).

These include GSEZ Cargo Ports, a company operating a cargo terminal and logistics business in Gabon; GSEZ Mineral Port, which operates a mineral terminal in Owendo, Gabon; Arise, a company holding the concession for a cargo port in Mauritania; and Terminal Industriel Polyvalent de San Pedro S.A., which holds a concession to build and operate a bulk terminal in the Ivory Coast.

“The Commission concluded that the proposed acquisition would raise no competition concerns because of its limited impact on the market. The transaction was examined under the simplified merger review procedure,” the European Commission said in a statement.

APMC is an affiliate of A.P. Møller Holding and was established to manage stand-alone funds to invest in infrastructure in emerging markets. The first fund is focusing on Africa.

Africa Infrastructure Fund I K/S (AIF 1), acting by its manager APMC, will acquire the shares in the project companies through Arise P&L Limited, a special purpose vehicle incorporated in the United Kingdom.

Upon completion, the four project companies will also be full-function joint ventures within the EU merger rules.

Back in August 2017, A.P. Møller Holding, together with PKA, PensionDanmark and Lægernes Pension, launched AIF. Twelve months after the launch, APMC received total commitments of USD 982 million from institutional investors.

This news is a total 987 time has been read
Tags: A.P. Møller Capital, acquisition, European Commission.