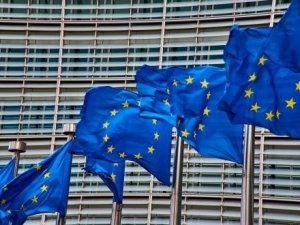 The European Commission declared Rotterdam as one of the six iCapital winners on Wednesday, 11 September.

The European Commission declared Rotterdam as one of the six iCapital winners on Wednesday, 11 September. The other winners are Antwerp (BE), Bristol (UK), Espoo (FI), Glasgow (UK) and Nantes (FR). The winners will receive 100,000 euros in prize money. During the official ceremony that takes place during the European Research and Innovation Days in Brussels on 25 September, an announcement will be made as to which of the six winners will receive the iCapital Award 2019 and can call itself European Capital of Innovation. The European Capital of Innovation will receive a million euros to spend on innovation in the city.

To qualify as winner, a bid needed to be written in which Rotterdam illustrated its approach with examples from 2018. Many different parties from the city played a key role in this. The jury was impressed by Rotterdam’s resilient approach in using huge changes to reduce inequality in our city and get Rotterdam citizens ready for the future: ‘As far as resilience is concerned, Rotterdam has an impressive track record,’ stated the jury. ‘Whereas all other cities we’ve seen until now used “we” to refer to their own organisation, with “we”, Rotterdam refers to all Rotterdam citizens. It’s impressive how you put residents first.’

Rotterdam is facing significant social, economic and environmental challenges. These demand innovative solutions and the city and its residents never shy away from experimenting. By connecting citizens, policy-makers, educators, companies, knowledge institutions, creative pioneers and investors, together we find and implement the solutions needed to address the challenges of the 21st century.

As well as getting citizens ready for the future, there are also many challenges in the port industrial area. For instance, the Port of Rotterdam Authority is committed to combating climate change by taking the lead in the global energy transition. The Port of Rotterdam achieved its 2018 objective of reducing CO2 emissions by 20% compared with 2016. This reduction was achieved through the use of cleaner fuels and by stimulating a modal shift towards cleaner transport.

Bottom-up initiatives are the fertile ground in which new ideas come to life. Rotterdam Makers District, for example, occupies a large proportion of the older port areas. The development of this area is in full swing. New ideas are tested here, alliances forged and products launched. The district offers companies, start-ups and scale-ups the space to experiment and produce. It also offers talented employees an attractive place to live, learn and work.

This news is a total 216 time has been read
Tags: EUROPEAN COMMISSION, PORT OF ROTTERDAM