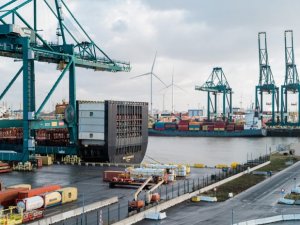 Even as the levels of demand for vessel capacity has fallen the spot rates on the major trades have soared as shipping lines have cancelled sailings, either due to drydocking or to maintain high utilisation levels.

Shippers claim that the failure of the European Commission (EC) to revise the Consortia Block Exemption Regulation (CBER) in April this year has allowed the lines to act freely in controlling the capacity within trade lanes pushing up the cost of cargo transportation.

Even as the levels of demand for vessel capacity has fallen the spot rates on the major trades have soared as shipping lines have cancelled sailings, either due to drydocking or to maintain high utilisation levels.

Jordi Espin, policy manager for maritime transport at the European Shippers’ Council (ESC), however, argued that rates are largely stable, it is the myriad surcharges that are pushing up the cost of freight.

“Rates are kept stable, with normal ups and downs, what changes and increases, and has an increasing tendency and evolution are surcharges and strange concepts to be added into the final cost,” Espin told Container News. He added, “The final bill for carrying goods though the maritime supply chain has been heavily impacted by surcharges of all kinds which were implemented, and which did increase the final bill for shippers.”

Nevertheless, the ESC accepts that had there been a revision to the CBER in the spring the carriers’ ability to manage capacity may have been reduced.

Espin explained, “The Commission decided to extend the CBER without any modification,” he went on to say shippers needed “A higher level of transparency. This decision to extend the CBER without any hint of change from the original text dating from 2009 did validate the existing relationship model between shipping lines and shippers: no customer orientation and no proposal for improving the market conditions for transport users.”

The ESC believes that as capacity demand is now increasing there should be an increase in the capacity again, as the lines told their customers that they were “forced” into cancelling sailings due to low levels of demand. “Now, this should come to an end if the market is following the conditions mentioned [with rising demand]” said Espin.

In the final analysis the ESC believes that the maritime supply chain is a “unique market” which is not driven by market forces or by the lines’ customers but is driven “by the available capacity decided by suppliers”.

Asked by Container News how the constant ‘battle’ between the lines and their customers could be resolved? Espin had a rebuke for the publication, “I don’t like this word battle, especially now during the pandemic times,” he said.

Shippers believe that the carriers and their customers need to change their mindset, they must develop a system of co-operation that focuses on both the shipping lines and the shippers moving in the same direction.

“The market is the famous ‘playing field’ where we need to interact with each other and build strong supply chains and flows to take care of the current situation. If the market continues as it is now, with no dialogue and no customer orientation mindset, no changes will take place. Agreed standards and KPIs [key performance indicators] will bring us a step forward into a co-operative mode between the playing partners,” believes Espin.

This news is a total 1105 time has been read
Tags: European CommissionEuropean Shippers' Council (ESC)