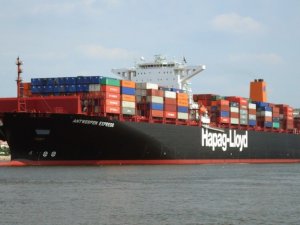 The European Commission yesterday gave its conditional approval to a merger between Hamburg boxline Hapag-Lloyd and the United Arab Shipping Company (UASC). The merger would propel the combined entity into fifth spot in the global liner rankings.

However, UASC will need to cut some of its routes to win full EC approval.

“Both companies operate in the container liner shipping sector,” the commission said. “The clearance is conditional on the withdrawal of UASC from a consortium on the trade routes between Northern Europe and North America, where the merged entity would have faced insufficient competitive constraint.”

This news is a total 2995 time has been read
Tags: EC gives conditional approval to Hapag Lloyd/UASC merger