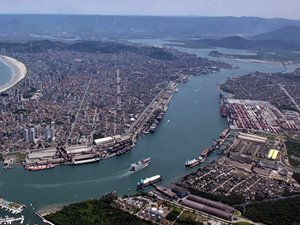 Intra-regional trade also slumped with manufacturing hardest hit by the reduced global demand for finished products with a notable decline of 55% in cars being shipped in the region and a 35% decline in the value of textiles.

The stark overall projection is based on a forecast decline in both prices (-11%) and volumes (-12%) expected for the region’s principal commodities, services and manufactured goods.

Imports are expected to be hardest hit as the economic fallout starts to bite on consumers in the region. The value of imports are expected to decrease by a quarter with the volume of imports set to decline by as much as 18%, slightly more than the drop seen in the 2009 global financial crisis, and similar to those witnessed in 1982, at the beginning of the foreign debt crisis, and during the Second World War.

Trade volumes in the first five months have highlighted how fragile the region’s leading economies are with economic powerhouse, Brazil, struggling with one of the worst outbreaks of Covid-19 and more than 100,000 deaths. Other countries such as Peru and Chile have also been hit hard by the virus and the sharp decline in global demand for South American commodities.

After posting positive figures in the first three months of the year, container trade to and from the region slammed into reverse in April and May, with the box trade falling sharply by 17% and 21% respectively. The overall reverse in container volumes in the first five months was 6%.

Rising transhipment volumes in ports such as Panama and Colombia have diminished the overall impact on port volumes in the region, however. Volumes fell year-on-year by 1%, but the impact in trade can be seen most clearly in important trade gateways such as Buenaventura in Colombia, Valparaiso in Chile and Lazaro Cardenas in Mexico with declines of 33%, 28% and 18.8% in their throughput in the first five months of the year. While these gateway ports have been hit, transhipment facilities in Panama and Cartagena have seen their volumes increase by 16% and 12% respectively.

“In the current context of heightened uncertainty, the region’s countries should take actions that allow them to reduce their internal logistical costs and produce services with value-added to increase their competitiveness;” said Alicia Bárcena, ECLAC executive secretary.

Agricultural exports are the only sector that has maintained an upward trajectory in the first half of the year, continuing to grow by 0.9%. Manufacturing, by contrast, contracted by 18.5% in the first five months of the year and by as much as 43.1% year-on-year in May.

This news is a total 1525 time has been read
Tags: ECLAC forecasts 23% reduction in Latin American trade in 2020.