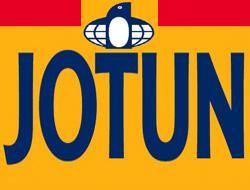 The economic downturn resulted in stagnating growth for Jotun in the first four months of the year. The figures so far are still relatively high in relation to record levels seen last year.

The economic downturn resulted in stagnating growth for Jotun in the first four months of the year. The figures so far are still relatively high in relation to record levels seen last year.

In litres and kilos the group sold two per cent less paint than it did for the same period last year. The Powder Coatings Division saw a marked fall in volumes while other important areas continued to grow. The weaker Norwegian kroner exchange rate was one of the factors that contributed to a relatively strong increase in operating income. The operating profit totalled NOK 339 million compared with NOK 363 million in the first four-month period last year. Weaker performance is expected.

The international downturn is being felt to rising degrees but the effects vary greatly in the group's different business areas. The Powder Coatings Division felt the effects early as a large part of these products are sold to industries that are sensitive to the downturn. Areas such as the new ships and property markets are less affected, but stronger effects will be seen in the future. Traditionally, the maintenance market is less impacted by fluctuations and is well shielded.

Procurement of raw materials makes up about 55 per cent of costs. While in the same period last year Jotun experienced pressure due to higher prices for raw materials, the lower prices now have helped.

Income and assets are converted to Norwegian kroner from foreign currencies, the effect of which was as significant in 2008 as it is this year. Around 80 per cent of revenue comes from outside Norway.

"The effects of a weaker global economy will increasingly impact us. The group will experience more negative effects in areas such as deliveries of ships and in terms of property projects," says President and CEO, Morten Fon.

He points out that measures adapted to local and market-related challenges were initiated some time back to handle the situation in different parts of the group. There is extraordinary focus on costs and follow-up of outstanding debts.

Jotun's financial position is solid. The equity ratio is around 50 per cent.

This news is a total 1162 time has been read