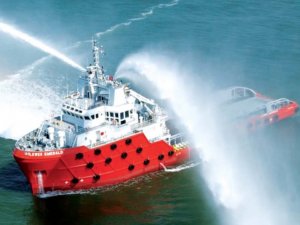 EMAS Offshore, part of Singapore’s Ezra Holdings, says it has terminated an agreement with Malaysia’s Perisai Petroleum Teknologi whereby it is obligated, if a put option is called, to buy the remaining 51% stake in joint-owned company SJR Marine.

Perisai Petroleum Teknologi has been under extreme financial difficulties having defaulted on a S$125m notes programme in Singapore. The $43m put option looked to have been a possible saviour to the company, but EMAS Offshore has been reluctant to take the SJR Marine shares from the Malaysian company in which it holds an 11.8% stake.

Negotiations had been ongoing between the two companies to delay the put option, however EMAS Offshore says a resolution could not be reached and so the termination has been issued based on “certain breaches” of the share sale agreement by Perisai.

EMAS Offshore says that 30 days after the termination it will have the right under the original agreement to purchase the 51% stake in SJR Marine for a total of $1.

This news is a total 978 time has been read
Tags: EMAS Offshore terminates with Perisai Petroleum Teknologi over SJR Marine put option