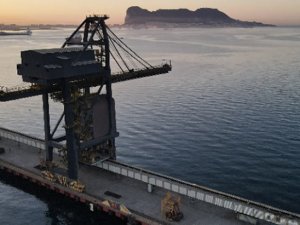 Spanish power utility Endesa is planning to convert a terminal at the Port of Algeciras into a bunkering pier for LNG-fueled vessels.

Endesa plans to spend $18 million through 2022 in order to adapt its terminal in Los Barrios, Algeciras, in order to supply  liquefied natural gas (LNG) to ships. A second phase of investment will create storage for about 4,000 cubic meters of LNG. It will be the largest and most important LNG bunkering terminal in Spain, according to the firm.

The terminal is the former coal receiving pier for the Los Barrios power station, which was once owned by Endesa and is now closing. Endesa sold the station to Portuguese utility Viesgo, and it retained the pier and an adjacent plot of waterfront land for alternative uses The Algeciras Port Authority recently approved a concession extension for Endesa's pier operation.

"The strategic location of our terminal offers a possibility of growth and diversification towards new lines of business . . . which fit in and allow us to advance in our decarbonization strategy by investing in activities that lead to a reduction in emissions," said Endesa's general director of energy management, Juan María Moreno.

Each year, about 120,000 ships pass through the Strait of Gibraltar, and about 30,000 of them visit the Bay of Algeciras - including many of the giant boxships deployed on the Asia-Europe route. Algeciras is the busiest port in the Mediterranean by volume and the fourth-busiest in Europe.

This existing traffic puts the Endesa terminal in a strategic location for LNG bunkering services if the fuel takes off among ocean carriers. CMA CGM has invested in a series of nine LNG-fueled Megamax-24s, paving the way; however, market leader Maersk recently indicated that it does not plan on using LNG propulsion, and it plans to wait for a non-fossil-fuel solution instead. Compared with conventional bunker fuel, LNG sharply curtails emissions of local pollutants like SOx, NOx and particulate matter, and it reduces greenhouse gas emissions by as much as 20 percent.

This news is a total 4108 time has been read
Tags: Endesa to Convert Algeciras Coal Terminal into LNG Bunkering Pier