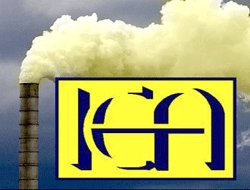 IEA estimates that nearly 50% of global electricity supplies will have to come from renewable energy sources if we want to halve carbon dioxide (CO2) emissions by 2050 in order to minimise significant and irreversible climate change impacts.

The International Energy Agency (IEA) estimates that nearly 50% of global electricity supplies will have to come from renewable energy sources if we want to halve carbon dioxide (CO2) emissions by 2050 in order to minimise significant and irreversible climate change impacts.

"This is a huge challenge and part of the entire energy revolution we need to achieve," the Agency said in a release this week.

The IEA released a new report this week, comparing the performance of various renewables promotion policies around the world.

The study encompasses 35 countries, including--all OECD members and the BRICS (Brazil, Russia, India, China and South Africa), and addresses the three relevant sectors electricity production, heating and transport. In 2005, these 35 countries accounted for 80% of total global commercial renewable electricity generation, 77% of commercial renewable heating/cooling (excluding the use of traditional biomass) and 98% of renewable transport fuel production.

"Only a limited set of countries have implemented effective support policies for renewables and there is a large potential for improvement", said Nobuo Tanaka, Executive Director of the IEA today in Berlin at the launch of the new study, Deploying Renewables: Principles for Effective Policies.

"Several countries have made important progress in recent years in fostering renewables, with renewable energy markets expanding considerably as a result. However, much more can and should be done at the global level--in OECD member countries, large emerging economies and other countries--to address the urgent need of transforming our unsustainable energy present into a clean and secure energy future."

The report shows that there are still significant barriers which hamper a swift expansion and increase the costs of accelerating renewables' transition into the mainstream. If these were removed, it "could allow the great potential of renewables to be exploited much more rapidly and to a much larger extent", Mr. Tanaka emphasised.

"Setting a carbon price is not enough. To foster a smooth and efficient transition of renewables towards mass market integration, renewable energy policies should be designed around a set of fundamental principles, inserted into predictable, transparent and stable policy frameworks and implemented in an integrated approach."

-- The removal of non-economic barriers, such as administrative hurdles, obstacles to grid access, poor electricity market design, lack of information and training, and the tackling of social acceptance issues (?not in my backyard? - NIMBY), with a view to overcome them - in order to improve market and policy functioning;

-- The introduction of transitional incentives, decreasing over time, to foster and monitor technological innovation and move technologies quickly towards market competitiveness;

-- The development and implementation of appropriate incentives guaranteeing a specific level of support to different technologies based on their degree of technology maturity, in order to exploit the significant potential of the large basket of renewable energy technologies over time; and

-- The due consideration of the impact of large-scale penetration of renewable energy technologies on the overall energy system, especially in liberalised energy markets, with regard to overall cost efficiency and system reliability.

"Governments need to take urgent action", Mr. Tanaka concluded. "We encourage them to develop carefully designed policy frameworks, customised to support technologies at differing stages of maturity, and eventually to apply appropriate incentives such as a carbon price for more mature renewables. Moving a strong portfolio of renewable energy technologies towards full market integration is one of the main elements needed to make the energy technology revolution happen."

This news is a total 947 time has been read