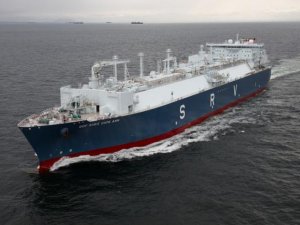 The services will be provided by the FSRU GDF Suez Cape Ann at the port of Tianjin in the coming winter season.

The FSRU arrived in Tianjin and started operations on October 28 and will remain at the port until Spring 2018. It has previously provided similar services to CNOOC from November 2013 to January 2017.

In addition to the usual FSRU activities, Cape Ann will also transfer LNG into smaller on shore tanks which are used by CNOOC for LNG trucking activity.

''We are especially pleased to continue this relationship with CNOOC, a long standing partner of Engie in the field of LNG. This new contract illustrates Engie's fast track capabilities to provide safe, reliable and flexible LNG importing solutions to meet the needs of our customers,'' said Philip Olivier, Head of Engie Global LNG.

FSRU GDF Suez Cape Ann is jointly owned by Höegh LNG Partners, MOL and Tokyo LNG Tanker, and is chartered to Engie under a 20 year contract.

This news is a total 899 time has been read
Tags: Engie renews FSRU contract with CNOOC