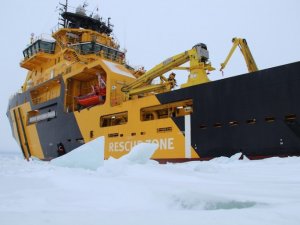 Norway’s Viking Supply Ships has announced that it has received an early termination notice of the contract for the AHTS Njord Viking.

The vessel has been working for Eni Norge in the Barents Sea, with the original contract running through to the end of 2016 with two optional periods of 6 months. Viking Supply Ships said it is entitled to a termination fee of around $13,300 per day for the remainder of the firm period.

The company said the termination will cause a $3.3m loss of income and it will seek to offset the loss by marketing the vessel in the North Sea.