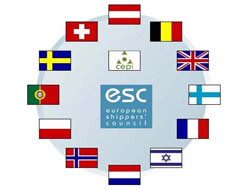 THE European Shippers' Council has published the result of research it commissioned that, it says, show fuel surcharges imposed by the shipping lines are higher than they should be.

THE European Shippers' Council has published the result of research it commissioned that, it says, show fuel surcharges imposed by the shipping lines are higher than they should be.

ESC says the research followed growing levels of disquiet amongst shippers belonging to the ESC"s member councils and its own Maritime Transport Council.

Analysis conducted for ESC by Meyrick and Associates of fuel surcharges set by the Trans Atlantic Conference Agreement (TACA) and the Far Eastern Freight Conference (FEFC) reveal that both conference surcharges are higher than current fuel costs would otherwise suggest; but the margin of difference is an order of magnitude greater in the case of the TACA surcharge.

Results of the Meyrick calculations produce a BAF level on the north Atlantic in the region of US$185 per TEU: based on the fuel prices at the time the analysis was undertaken, TACA had by comparison a published BAF level of US$607, a ?staggering and confusing $422 higher?. The FEFC surcharge level of US$456/TEU is nearly $100 dollars above the Meyrick estimate.

Commenting on the results, Nicolette van der Jagt, ESC"s Secretary General, said ?We have had our suspicions that shippers paying these surcharges were being overcharged, but the results of this analysis have surprised even ESC. We will need to discuss these numbers with the carriers. The Meyrick analysis which ESC commissioned will need to be explained with the carriers to see how or why it arrives at BAFs much lower than the BAFs being charged by FEFC and especially TACA. We must remove the confusion and get greater transparency into the charges.

?ESC has traditionally objected to all surcharges that do not actually cover an unforeseen and significant temporary cost increase. We have been strongly advocating the inclusion of fuel costs in the overall freight rate, and leaving it then to the shipper to agree with the carrier whether to include any arrangement for unforeseen cost increases (or decreases). Of course we are not blind to the oil price rises over the past year, the scale of which have indeed taken many by surprise; but on the basis of this latest assessment, we suggest there is good reason for shippers to be very careful as to what surcharge levels they accept.?

Referring the impending banning of liner conferences under EU law Ms van der Jagt said: ?Come October this year, it will be vital for shippers and carriers to have a reliable and trusted method for calculating the fuel consumption and costs of the ships they use, on the routes they serve and on the service parameters they choose (such as frequency, speed, fuel type etc). We need to be able to remove any doubt over fuel costs covered in individual agreements, in order that shippers and carriers can build a relationship between them based on trust ? something that the conference system and mechanisms have previously failed to do.?

This news is a total 1287 time has been read