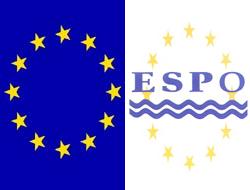 ESPO has criticised decisions made last week by the EU Transport Council when ministers reached political agreement on the EU Commission’s directive proposal to establish a Community Vessel Traffic Monitoring and Information System.

ESPO notes: “Not entirely unexpected, Council watered down the proposal of the Commission to install in every Member State an independent competent authority which would be responsible for assessing and deciding whether a ship in distress could be given access to a place of refuge. By deleting the word “independent”, Transport Ministers implicitly rejected the UK system of the “Secretary of State Representative” (SOSREP) which works most effectively as was demonstrated during the recent incident with the MSC Napoli.”

It continues: “Council further rejected the Commission"s proposal to have a system of financial guarantees covering liability for damage caused by a ship in distress and it did not accept an amendment which the European Parliament had adopted earlier on compensation for ports experiencing damage as a result from offering a place of refuge to a ship in distress.”

“We very much supported the changes introduced by Parliament”, says ESPO Secretary General Patrick Verhoeven. “We particularly welcomed the combination of having an independent authority taking decisions on ships in distress and a proper compensation system for the place or port of refuge. It offered a fine balance between all interests concerned. I am afraid that Council"s position will maintain the unsatisfactory situation we have today and will not induce ports to accommodate ships seeking refuge.”

The Council will now translate its political agreement into a formal Common Position which it will then forward to the European Parliament for a second reading in the framework of the co-decision procedure. ESPO says it will encourage MEPs to hold on to their original amendments on places of refuge.

This news is a total 1731 time has been read