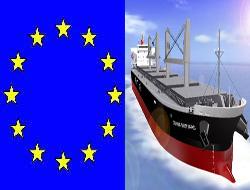 Every student of history should remember the Battle of Lepanto. For those who might have forgotten, it took place in 1571 in the waters off western Greece and was the last major naval battle to be fought solely between rowing vessels.

Every student of history should remember the Battle of Lepanto. For those who might have forgotten, it took place in 1571 in the waters off western Greece and was the last major naval battle to be fought solely between rowing vessels.

More than fourcenturies later, a coalition of European interests is being formed to block what they consider is an undesirable and extremely dangerous incursion by the South Koreans into European shipbuilding. Brussels, too, has launched an in-depth investigation into the recent acquisition by the South Korean STX shipbuilding group of a 39.2 per cent stake in Aker Yards, the Norwegian shipbuilder and one of the world's largest.

The French were the first to sound the alarm. After all, the former owner of Aker Yards - the flamboyant Norwegian self-made businessman Kjell Inge Rokke - was considered in France as the saviour of the Alstom shipyards when he bought 75 per cent control of the Saint-Nazaire and Loreint yards two years ago.

The French became nervous when he later sold his controlling stake in Aker Yards, and appalled when the Koreans moved in. So was the Norwegian group's management, which has since enlisted the support of investment banks, including JPMorgan, to help them devise alternative strategies to contain the Koreans. And now the Italians have not only joined this coalition but indeed are being urged to lead it by their European partners, just as they did in 1571 against the Turks.

The Europeans are worried that the Korean move will undermine their leadership in building high technology cruise ships and large ferries. The Koreans have already said they want to enter the cruise ship market and intend to transfer European know-how and design back home. Through Aker Yards, they now control the French yards that built some of the world's most famous cruise ships and transatlantic liners such as the Normandy and more recently the Queen Mary 2.

As for Fincantieri, Italy's state-owned shipbuilding group, it has become the world's leading cruise ship manufacturer and would have everything to lose if the Koreans entered the market and acquired European cruise ship expertise via Aker's French and Finnish yards.

First at a December Franco-Italian summit in Nice and subsequently during a visit to Rome, French President Nicolas Sarkozy has discussed with Italian premier Romano Prodi the possibility of a European response to the Korean threat.

The idea, which is gaining growing industry and political support across Europe (the Germans are also worried) would be for Fincantieri to merge with Aker Yards and take control of the Norwegian group.

This would involve a friendly bid and, as an added bonus, would finally enable the Italian government to privatise part of the Italian shipbuilding group.

Rome has wanted to open up Fincantieri's capital for months. And, given the company's fine financial and industrial form, the management has also been dying for a flotation to support further growth and expansion. The problem is that one small, but radical, union has been opposing any state sell-off and has managed to block the process.

Rather than acting as the South Koreans' secret weapon, perhaps it will have a change of heart and not seek to block such a once in a lifetime opportunity for Fincantieri to consolidate its own European leadership and see off the Korean threat at the same time.

This news is a total 727 time has been read