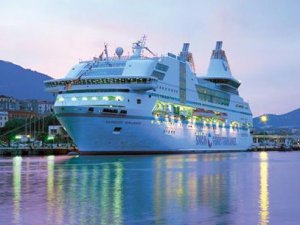 The European Commission has given a green light to struggling French ferry operator Société Nationale Maritime Corse Méditerranée (SNCM) for transfer of public service delegation, in several batches, as part of the company’s recovery plan.

The recovery plan is the only way for the company to avoid complete liquidation and save about 800 jobs, according to the French government.

A public service delegation (DSP), a concept under French law, is a set of contracts under which a public authority  delegates the management of a public service to a public, non profit or private organization whose remuneration is substantially related to operating income of the service.

According to the French government, this is an important first step in the right direction.

The government has been in talks with the European Commission for several months now on the issue.

Aside to its financial difficulties and accrued debt, SNCM was ordered to pay back USD 550 million of French state aid in September, which was the final straw that pushed the ferry operator over the edge.

According to a court ruling,  the European Commission had been wrong to approve the aid package as the circumstance under which the financial aid was given to the firm were not in accordance with that applicable to a private investor.

The debt-laden ferry operator has six months, as decided by the court, to find a buyer for its Mediterranean business.

Mexican ferry company Baja Ferries has already expressed interest in taking a piece of SNCM cake and filed a formal takeover offer with the Marseilles bankruptcy court earlier in December.