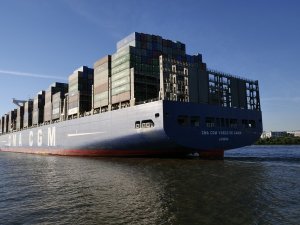 On March 19, 2020, the European Commission approved the deal under the EU Merger Regulation.

“The Commission has concluded that the proposed concentration would not raise competition concerns, given its very limited impact on the structure of the market,” the EC said in a statement.

The shareholdings in the terminals will be first regrouped under two CMA CGM subsidiaries, namely France’s CMA CGM Port Terminals Singapore’s Terminal Link Holding, which will be sold to Terminal Link.

The terminals are located in China, Vietnam, Thailand, Singapore, Jamaica, Ukraine, Iraq and the Netherlands.

CMA CGM plans to cash in USD 968 million from the transaction. The sale is part of the group’s plan to cut debt and raise over USD 2 billion by mid-2020 in additional cash through the sale of vessels and terminal stakes.