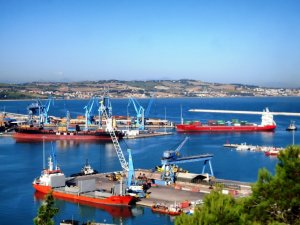 The European Commission announced it has opened an in-depth investigation into tax exemptions granted under Italian law to ports amid concerns of competition distortion.

The EU investigation is to determine whether the tax exemptions are in line with EU State aid rules.

The Commission also welcomed the commitment made by Spain to abolish the tax exemption benefiting Spanish ports as from 2020, allowing the Commission to close the procedure concerning Spain.

“If port operators generate profits from economic activities these should be taxed in the same way of other companies under the normal national tax laws to avoid distortions of competition,” Commissioner Margrethe Vestager, in charge of competition policy, said.

As explained by the Commission, the commercial operation of port infrastructure, such as providing paid access to the port, constitutes an economic activity and EU State aid rules apply to these activities.

A corporate tax exemption for ports that earn profits from economic activities provides them with a competitive advantage when they operate on the internal market and therefore involves State aid, which may not be compatible with EU rules.

In January 2019, the Commission invited Italy and Spain to adapt their legislation in order to ensure that ports, as from January 1, 2020, would pay corporate tax in the same way as other companies in Italy and Spain, respectively, in line with EU State aid rules.

Contrary to Spain, Italy has not agreed to change its corporate tax legislation as the Commission proposed in its January 2019 decision. For this reason, the Commission has now opened an in-depth investigation to assess whether or not its initial concerns as regards the compatibility of the tax exemptions for Italian ports with EU State aid rules are confirmed.

If they are, the corporate tax exemption for ports in Italy would also amount to “existing aid”, since they already existed before the accession of Italy to the EU and the Commission would not be able to ask Italy to recover any aid already granted.

The Commission went on to explain that removing tax advantages does not mean that ports can no longer receive State support. Member States have many possibilities to support ports in line with EU State aid rules, for example to achieve EU transport objectives or to put in place necessary infrastructure investments which would not have been possible without public aid.

This news is a total 354 time has been read
Tags: EU Commission, Italy, port.