EU Commission President: No-One Can Be Left Behind in EU Green Deal 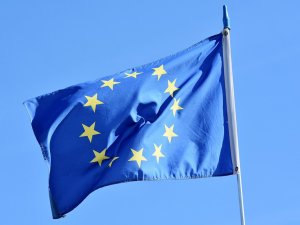 The old growth model that is based on the burning of fossil fuels and pollution is out of date and is out of touch with our planet, Ursula von der Leyen, the new president of the European Commission, said today in a press conference before presenting.

The old growth model that is based on the burning of fossil fuels and pollution is out of date and is out of touch with our planet, Ursula von der Leyen, the new president of the European Commission, said today in a press conference before presenting the European Green Deal to the European Parliament.

Von der Leyen is advocating for a new growth strategy that would help Europe become the first climate-neutral continent by 2050. The broad roadmap will serve as a transition mechanism for various sectors providing a platform for the establishment of policies to curb and eventually eliminate polluting practices across the board.

“We want to be the front-runners in climate-friendly industries, green technologies, and green financing. But we also have to be sure that no-one is left behind. In other words, this transition will either be working for all and be just or it will not work at all,” Von der Leyen said, adding that today marks a start of a journey and that the deal doesn’t have all the answers.

In particular, the deal will impose tighter CO2 standards for cars and vans in 2021 and a clear pathway towards zero emission mobility, recognising that combustion engine vehicles must be phased out. The strategy includes plans for a final set of pollutant emission standards for cars, vans, buses, trucks with a combustion engine (euro 7), a sustainable battery package and a major effort to install recharging infrastructure across Europe.

Furthermore, the shipping industry is facing an ever-growing pressure to up its game and undertake bold action in reducing its carbon footprint.

The Commission proposes to include shipping in the European carbon market (known as the ETS), the first climate measure for the only sector of the economy that has been exempt from climate action. For airlines, Von der Leyen proposes to reduce free allowances and ending the kerosene tax exemption.

Transport & Environment (T&E), Europe’s campaign group on clean transport, welcomed the Commission’s willingness to take on aviation and shipping, describing them as the biggest climate laggards.

“In this respect, it is reassuring that ICAO and IMO, the UN agencies that have been sabotaging climate progress in these two sectors for at least two decades, are only mentioned in passing as bodies that the EU should coordinate with,” the group said.

The deal signals a green overhaul of EU and EIB investment policies, as well as plans to build upon the Taxonomy Regulation by publishing a green financing action plan in 2020.

However, T&E warned that VdL’s green programme still falls short of what’s needed to fully decarbonise transport by 2050 and, in some instances, risks repeating past mistakes. For example, the Commission’s plan to boost “sustainable alternative fuels in different sectors” risks reopening the door for gas as well as deforestation and hunger-causing biofuels.

“We’re facing a climate and environmental emergency. We really can’t afford to waste time revisiting failed policies like the promotion of biofuels or wasting limited resources promoting  gas vehicles. Europe’s green energy policy is driving deforestation and wildlife destruction worldwide. We need to end this now, not make it worse. What we do need though is a realistic plan to deploy zero-emission electrofuels in aviation and green hydrogen in shipping,” Todts added.

The package includes a 50-55% emissions reduction target for 2030; a climate law to reach net-zero emissions by 2050, a fund worth EUR 100 billion to finance the transition, a carbon border tax, and a series of initiatives for sectors such as transport, agriculture, chemicals, buildings and more.

“The European Green Deal includes important commitments to a toxic-free environment, to end harmful subsidies and loopholes, and to design the genuinely transformative policies we will need to deliver for future generations. The next 12 months will be crucial as new laws, policies and budgets are developed to deliver the Green Deal,” Patrick ten Brink, the EEB’s EU Policy Director said.

The International Chamber of Shipping (ICS), which is representing the world’s national shipowners’ associations and over 80 percent of the world merchant fleet at COP 25 said that it was aware of “the urgent need for all economic activities, including international shipping, to eventually eliminate GHG emissions as soon as practicable.”

Measures to address this include vessel speed optimization and the use of zero-carbon fuels.

“Now we need to redouble our efforts to deliver further dramatic improvements in fuel efficiency, as demanded by governments and society at large,” said the ICS Deputy Secretary-General, Simon Bennett.

“The transition to zero CO2 emitting fuels – which ICS has dubbed the ‘Fourth Propulsion Revolution’ – is the challenge of our age, and one that we know the industry will embrace. This will require truly massive investment in research and development, which ICS believes must be at the heart of the IMO GHG Strategy if the ambitious reduction targets that IMO Member States have set are to be met.”

This news is a total 601 time has been read
Tags: decarbonization, EU Commission, EU Green Deal.