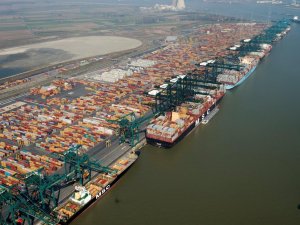 The European Commission told Belgium and France on Thursday to end corporate tax exemptions they granted to their ports to avoid distortions of competition and said it was looking into taxation issues at other ports in Europe.

The Commission, which oversees competition policy in the 28-nation EU, said the two countries had until the end of 2017 to remove the exemptions. However, because the exemptions were in place before Belgium and France joined the EU, the Commission said it could not ask the two to recover aid already granted.

Belgian ports, including Europe’s second busiest for cargo Antwerp, benefit from a different taxable base and tax rates, resulting in an overall lower level of taxation than for other companies in Belgium.

In France, ports including Le Havre and Marseilles are fully exempt from corporate tax.
The Commission said the exemptions gave them an unfair advantage, breaching EU state aid rules, and did not pursue a clear public interest, such as promoting mobility.

European Competition Commissioner Margrethe Vestager said the Commission had introduced new rules to make it easier for countries to invest in ports and airports.
“At the same time, the Commission decisions for Belgium and France – as previously for the Netherlands – make clear that unjustified corporate tax exemptions for ports distort the level playing field and fair competition. They must be removed,” she said.

This news is a total 730 time has been read
Tags: EU tells Belgium, France to end tax exemptions for ports