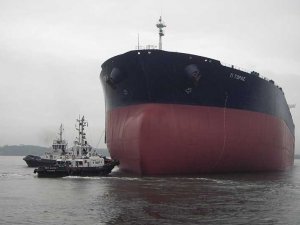 Euronav said it will record in the current quarter a capital loss on the sale of TI Topaz in an amount of USD 21 million.

The vessel is expected to be delivered during the second quarter ahead of its third special survey which will be performed by its new owner.

This news is a total 867 time has been read
Tags: Euronav Confirms Sale of TI Topaz