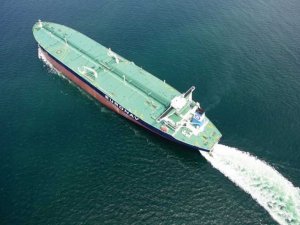 The agreement, announced Thursday, calls for a stock-to-stock merger for the entire issued and outstanding share capital of Gener8, through which Gener8 would become a wholly-owned subsidiary of Euronav.

The combined company will control a fleet of 75 crude oil tankers, including 44 VLCCs and 28 Suezmax’s representing a combined 18 million DWT.

The Exchange ratio of the transaction is listed as 0.7272 Euronav shares for each share of Gener8, which is expected to result in the issuance of approximately 60.9 million new Eurnav shares to Gener8 shareholders. This implies a premium of 35% paid on Gener8 shares based on its 20 December closing price.

The merger is still subject to approval by Gener8’s shareholders and certain lenders, as well as other closing conditions. Euronav’s board has unanimously approved the transaction and the merger does not require the approval of its shareholders.

Euronav CEO Carl Steen will remain as the Chairman of the Board while Paddy Rodgers will continue in his role as CEO.

“This transaction marks an exciting development for Euronav. The merger creates the leading tanker company which is better placed to serve the needs of our customers and supports our partners,” Carl Steen said.

Meanwhile, Peter Georgiopoulos, Chairman and CEO of Gener8, commented: “I have been a vocal advocate for consolidation in the shipping industry and have always stated that we would be a will buyer or seller depending upon what is best for our shareholders. This transaction crate the largest independent VLCC fleet in the world. The company has a very bright future that will benefit both Gener8 and Euronav shareholders.”