Euronav Opts Out of 4 VLCCs 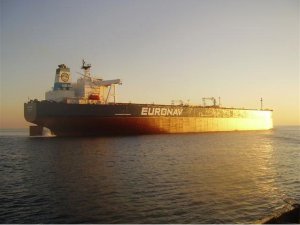 Belgian tanker operator Euronav has decided not to exercise the option for four newbuilding very large crude carriers (VLCCs) on top of the four vessels the company had agreed to buy back in June.

Euronav also said that the vessels’ delivery windows in late 2016 and 2017 prompted the company to sign an option rather than include them in the June buy.

The announcement came within the company’s financial report for the quarter ended September 30, which Euronav finished with USD 72.2 million net profit, as compared to USD 20.6 million loss recorded in the same period a year earlier.

Compared with the third quarter 2014, VLCC earnings on the spot market were up 112% for the third quarter, the company said, adding that ”the quarter was remarkable for the underlying strength of freight rates in what is usually a seasonally weak period. The strength of rates during July and September was the key feature of the Q3 tanker market. A number of factors simultaneously impacted the freight market in August which saw a short, sharp correction – principally in VLCC rates – but such is the strength of the current market fundamentals. This “correction” lasted just five weeks.”

Euronav now has 54 vessels on the water with three VLCCs to be delivered in early 2016.

This news is a total 2647 time has been read
Tags: Euronav, Financial Results, VLCC.