Euronav’s Grounded Tanker to Be Refloated on May 4 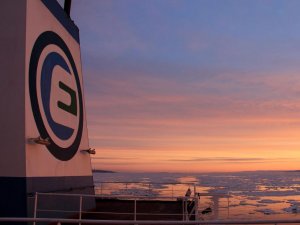 The recently grounded crude oil tanker M/T Alex could be set free on May 4 as the proposed ship refloating plan received approval from relevant authorities, according to the ship’s managers Euronav Ship Management.

Namely, the Indonesian Authorities approved the salvage plan on April 27 and provided a permit for the lightening operation to be performed.

According to the current tentative schedule the lightening operation will start on May 1.

The approval was granted after the ship’s managers hired two salvage firms, SMIT Singapore Pte Ltd. and PT Samudera Indonesia, to carry out the salvage works which will include lightening of the 299,446 dwt vessel by ship to ship transfer of cargo.

M/T Alex ran into trouble in mid-April when it got stuck on a soft mud bottom while sailing between Borneo and Sumatra.

Continuous monitoring of the ship’s condition “has confirmed no breach of hull, cargo containment, or mechanical failures,” according to Euronav.

Various inspections and surveys including an assessment of the ship’s hull damage by Class have been completed, Euronav said, adding that the 2016-built tanker is still safely aground at the same position between Borneo and Sumatra.

This news is a total 859 time has been read
Tags: Euronav’s Grounded Tanker to Be Refloated on May 4