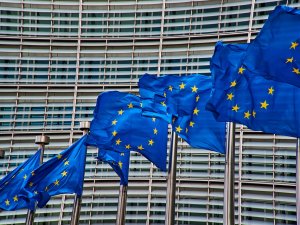 The European Commission has officially opened an in-depth investigation to assess the proposed acquisition of France’s Chantiers de l’Atlantique by Italian shipbuilder Fincantieri under the EU Merger Regulation.

As explained, the commission is concerned that the transaction may reduce competition in the global cruise shipbuilding market.

“Chantiers de l’Atlantique and Fincantieri are two global leaders in this sector. This is why we will carefully assess whether the proposed transaction would negatively affect competition in the construction of cruise ships to the detriment of the millions of Europeans taking cruise holidays every year,” Vestager continued.

Specifically, at this stage, the commission is concerned that the proposed transaction may remove Chantiers de l’Atlantique as an important competitive force in an already concentrated and capacity-constrained market.

The commission has preliminarily concluded that it is unlikely that a timely and credible entry from other shipbuilders would counteract the possible negative effects of the transaction. The transaction may therefore significantly reduce competition in the market for cruise shipbuilding, which could lead to higher prices, less choice and reduced incentives to innovate, the EC said in a statement.

What is more, the EC has preliminarily concluded that large customers would not have sufficient buyer power to counteract any risk of price increases as a result of the transaction.

The commission will now carry out an in-depth investigation into the effects of the proposed transaction to determine whether it is likely to significantly reduce effective competition.

The official statement issued by the commission follows media reports indicating that a full-scale investigation into the proposed transaction would be launched.

On October 29, 2019, Fincantieri expressed its disapproval of such decision by the EC, pointing out that there would be still three cruise shipbuilders in Europe following the acquisition.