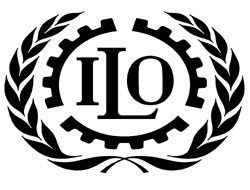 ?Despite the additional workload it imposes on the shipowners, they will benefit from the convention in the end,? said Pia Voss from the European Community Shipowners" Association (Ecsa) during the tripartite European maritime labour conference in Hamburg.

The MLC, also known as the bill of rights for seafarers, provides a worldwide standard for working and living conditions of crews, from wages and working hours to accommodation and safety protection. It will substitute the more than 68 existing ILO conventions and recommendations. In 2006, shipowners, trade unions and governments agreed upon the convention, which is likely to come into effect in 2011.

?The shipping industry is the most global industry in the world,? Ms Voss told. ?It is beneficial to have one global standard instead of several regional ones.? The conditions for competition will then be the same in every country.

But a couple of obstacles remain for shipowners, who are taking overall responsibility for meeting working and living standards. The convention defines everybody working on a ship as a seafarer. ?There had been a lot of discussion about this definition,? said Ms Voss. ?Cases of doubt will remain in the future.?

Since each country has to define for itself who it regards as a seafarer, it could happen that the same person is regarded as a seafarer in one country but not in another.

Furthermore, lots of paperwork is awaiting the shipowners. ?All working contracts have to comply with the convention,? said Ms Voss. Owners also have to take care that their subcontractors are fulfilling the MLC.

?According to the convention, the shipowner is responsible for his crew, even if an agency is employing his staff,? said Dieter Benze from the European transport worker"s federation (ETF). He welcomes this alteration. In the past it has happened that these agencies have not paid the crew and the owner could not be held responsible.

?Furthermore the convention corrects the undesirable development with the flags of convenience,? he said. Some countries do not care if ships registered under their flag meet working standards, said Mr Benze. When the convention comes into effect, things will be different. If a ship registered in a country which has not ratified the convention, calls at a port whose country has done so, the shipowner will have to obey the standards nevertheless. There will be frequent inspections. Furthermore, ships bigger than 500 gt which operate in international trade, need a certificate showing that they work compliant to the convention.

The European Union has asked its members to ratify the convention by the end of December 2010, so that it can be implemented in 2011. A number of European countries like Norway, UK, France, Greece and the Netherlands are already adjusting their national legislation to the convention.

?Germany will meet the schedule of the European Union,? Christoph Müller of the German ministry of labour and social affairs told Lloyd"s List. ?We are in the middle of the ratification process.? At the moment, detailed questions are going to be cleared, such as how the group of seafarers is defined.

Mr Müller was keen to underline that it is important to harmonise national legislation with the convention first before ratifying it. ?Otherwise you just ratify an empty shell,? he said. He doubts that the Bahamas, Liberia and the Marshall Islands have done this.