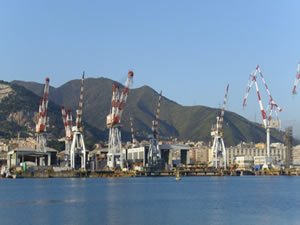 A long mooted European shipbuilding merger has fizzled out. France and Italy on Wednesday decided to nix plans to combine Chantiers de l’Atlantique and Fincantieri, two of the continent’s best known shipyards.

“The tourism sector is currently facing an unprecedented level of economic uncertainty due to the crisis of Covid-19 which does not allow the continuation of the deal,” the French and Italian industry ministries said in a joint announcement. The yards are best known for their cruiseship building capabilities.

“The world in 2017 is unfortunately very different from the one in 2021. The appropriateness of the project, which was evident in 2017, is no longer there today,” the French economy ministry, Bruno Le Maire, told journalists.