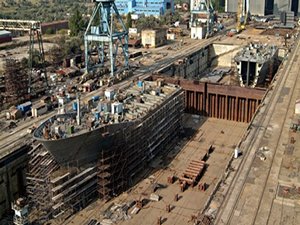 The European Commission is proposing to provide significant aid to assist in Spain in the transition of employees in shipbuilding related businesses who lost their jobs due to global shifts in shipbuilding.

Under the proposal, the EC will provide Spain with €2 million ($2.4 million) from the European Globalisation Adjustment Fund (EGF) to help 500 former workers of sectors ancillary to shipbuilding in Galicia to find new jobs.

In making the application to the EC, Spain highlighted the EU's declining market share in global ship production and the increased global competition which it says have led to dire consequences for the ancillary shipbuilding industry in Galicia.

Spain requested support from the EGF after 960 workers in ancillary enterprises to shipyards in Galicia were laid off between May 2019 and February 2020. Nicolas Schmit, Commissioner for Jobs and Social Rights, said: "The European Globalisation Adjustment Fund is a clear example of EU solidarity. It provides funding for mentoring and retraining to workers who have lost their jobs due to globalization or the economic crisis.

The European shipbuilding sector is greatly affected by globalization and a loss of global market share, with increased competition from outside the EU.

We want to help the workers made redundant in Galicia by providing €2 million for their reskilling and upskilling efforts to find new job opportunities in other sectors."

Around 500 individuals who lost their jobs are expected to participate in the EGF financed support program.

The aim is to provide them with career guidance, support in their job search, opportunities to learn new skills through vocational training, and tutoring and guidance after finding another job.

In addition, workers will have access to various other incentives, such as a contribution to expenses for family care, and financial support to encourage quick re-employment.

The total estimated cost of the package is €3.4 million ($4 million), of which the EGF would provide approximately 60 percent.

The remaining amount will be provided by the regional authority, the Xunta de Galicia.

The European Globalisation Adjustment Fund which was established in 2007 was created to help workers who lost their jobs as a consequence of major changes in world trade patterns as well as a result of an unexpected financial and economic crisis.

The proposal to assist Spain with transitioning people displaced from jobs related to the shipbuilding industry will now go to the European Parliament and the Council for approval.

This news is a total 1019 time has been read
Tags: European Support to Retrain Spain's Unemployed From Shipbuilding Jobs