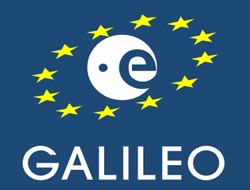 THE European Commission has issued a statement saying that Europeans support the EU setting up its own navigation system.

THE European Commission has issued a statement saying that Europeans support the EU setting up its own navigation system. According to a recent Eurobarometer opinion survey, Europeans are “highly positive” about the Galileo programme, even though only about 40% had ever heard of it before being surveyed.

The EC says: “The survey indicates that most of EU citizens are aware of the role global positioning systems play in their everyday lives, know about possible applications and are firmly behind the development of such new technologies. Furthermore, an overwhelming majority consider that Europe should set up an independent navigation system even if this involves securing additional public funds.”

"Europeans recognise that Galileo could have a big impact on their life in the future and they expect greater effort at European level to develop this technology", said European commission Vice-President, Jacques Barrot, in charge of Transport. "Therefore, we will continue the work with Member States and industry to complete this major European innovation project and get the most out of our investments."

This news is a total 2274 time has been read