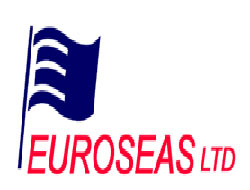 The company has surprised on earnings 4 consecutive quarters by an average of 10.39%. Euroseas has a forward P/E of just 7.15. Company Description Euroseas Limited is a worldwide dry cargo, drybulk and container shipper.

The company has surprised on earnings 4 consecutive quarters by an average of 10.39%. Euroseas has a forward P/E of just 7.15. Company Description Euroseas Limited is a worldwide dry cargo, drybulk and container shipper.

The company, headquartered in Athens, Greece, markets its vessels on spot and period charters and also through pool arrangements.

Euroseas Surprises on Estimates by 2.33%

On Aug 14, Euroseas reported is second quarter earnings and beat Wall Street estimates by a penny. Net income was $15.7 million, or 52 cents per share, compared to $6.4 million in the second quarter of 2007.

During the second quarter, the company expanded its fleet by one vessel after it acquired an intermediate container vessel in May 2008 for $43.5 million. The vessel is already under a term charter until August 2011 at a rate of $16,800 per day.

The fleet was nearly fully operational during the quarter, with an average of 15.44 vessels operating and earning an average time charter equivalent rate of $25,918 per day compared to operating 10.08 vessels at the average of $18,776 per day in the second quarter of 2007.

This news is a total 846 time has been read