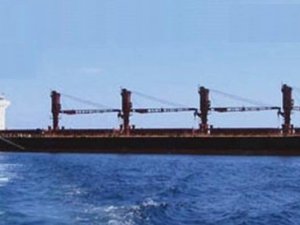 Aristides Pittas, Chairman and CEO of Euroseas, commented: “During the last quarter of 2017, Euroseas returned to profitability not only because of the recovery of the drybulk and containership markets but also due to its continuous efforts to control its operating, financial and capital cost structure and cash flows."

He added: "We believe that, over the last couple of years, we have positioned the Company to benefit from the unfolding market recovery by renewing and expanding our fleet in both sectors we operate."

"In the drybulk sector, after the upcoming delivery of our Kamsarmax newbuilding and the planned sale of our elder handymax unit, we will own a fleet of six vessels from ultramax to kamsarmax size, three Chinese-built in the last two years and three Japanese-built of 2000-04 vintage. In the containership sector, we have a fleet of eleven medium age and elder feeder units that produce earnings at present market levels with low capital investment, ” Aristides said.

This news is a total 889 time has been read
Tags: Euroseas Returns to Profitability