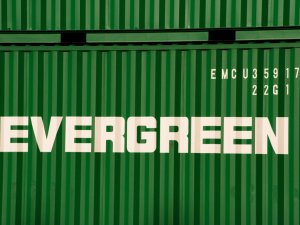 mproving its service on the India-Gulf trade, Evergreen Line is to partner with Simatech, a leading feeder operator based in Dubai, in launching a joint Chennai–Colombo–Gulf Service (CCG) service next month.

The CCG service will utilise four container ships of around 2,000teu each; one to be operated by Evergreen Line and the remaining three by Simatech. The first sailing of the weekly service will be from Colombo on 9th May and call at Vizag (India), Krishnapatnam (India), Chennai (India), Colombo, Cochin (India), Jebel Ali (UAE), Sohar (Oman), Cochin and Colombo once more.
In addition to providing efficient transportation services linking the major ports of Southern India and Sri Lanka with the Gulf, this important intra-regional service will also connect to Evergreen’s global service network via its transhipment hub in Colombo.
Forecasts indicate significant economic growth in the region. According to the IMF’s World Economic Outlook report published in January, the Indian economy looks set to grow by 6.3% and 6.5% respectively in 2015 and 2016; this is greater than the respectable growth recorded last year of 5.8%. The overall economy of the Middle East and its neighbouring area is also forecast to increase, by 3.3% and 3.9% over this year and next. These levels will also out-perform 2014, when growth of 2.8% was achieved. These positive indicators in the economic outlook fuel expectations of steady cargo growth within the India -Gulf trade over the next two years.

This news is a total 1701 time has been read
Tags: evergreen