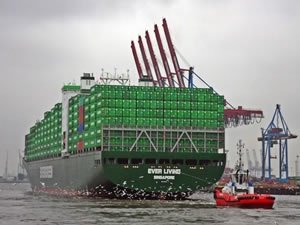 Taiwanese shipping line Evergreen Marine has announced the appointment of Chang Yen-I as the new chairman of the company, replacing Anchor Chang who has moved to Taipei Port Container Terminal (TPCT) as chairman.

Chang Yen-I, 64, joined Evergreen in 1987 as a seafarer and has served various executive roles in the group including chairman of Evergreen’s Panama subsidiary and chairman of TPCT. Another major Taiwanese liner Yang Ming Marine Transport also recently appointed a new chairman.

Alphaliner data shows Evergreen is the seventh largest containerline in the world with a fleet of 194 ships, controlling 5.3% of the global market share.

This news is a total 2755 time has been read
Tags: Evergreen Marine names new chairman