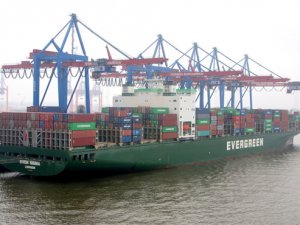 Taiwan-listed shipping company Evergreen Marine Corp. said that it intends to sign shipbuilding contracts for up to ten reefers.

The remaining five 2,800 TEU containerships would be built by CSBC Corporation, Taiwan under the same pricing terms, putting the overall value of the contracts at up to USD 400 million.

The announcement comes as the shipping company steamed its way back to profit in the first quarter of 2015.

The rebounded results were mainly attributed to reduced operating costs

This news is a total 1875 time has been read
Tags: Evergreen, Taiwan, shipping, company, shipbuilding