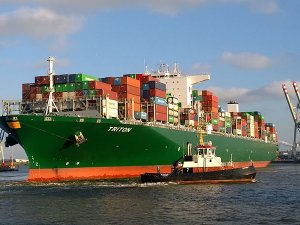 Taiwanese shipping major Evergreen has confirmed its plans to build a total of ten 23,000 TEU containerships.

According to the company’s stock exchange filing, the new vessels would be built at three shipyards.

Namely, six units would be built by South Korea’s Samsung Heavy Industries, while two each would be constructed at China’s Jiangnan Shipyard and Hudong Zhonghua Shipbuilding.

Evergreen said that the value of the entire order stands between USD 1.4 billion and USD 1.6 billion. The company opted for the move as part of its fleet optimisation plans.

With this decision, Evergreen has amended its earlier announced plans to build and charter up to 11 containership giants. Under the deals from August 2019, worth around USD 1.76 billion, the company was to order five or six vessels to be built, while up to five units were to be chartered in.

This news is a total 330 time has been read
Tags: Containership, Evergreen.