EVRAZ sold its share in Russian Port of Nakhodka for 354.4 million USD 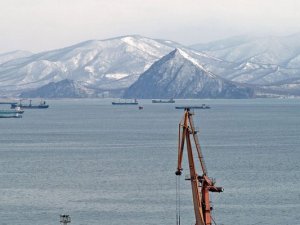 According to the deal, the Russian mining conglomerate will remain its cargo handling capacities in Evraz Nakhodkinsky Commercial Sea Port for the next five years, which will allow smoother transaction and transition to the new owner. The both companies entered into an agreement on transshipment of cargo, under which EVRAZ undertakes to supply, and the Nakhodka Port to handle, cargo of coal and metals in a certain amount and at certain rates. The deal for the port in the Russian city of Nakhodka is expected to close until June 15, 2017 and the revenues from the sale will be allocated for reducing of EVRAZ debt and improving financial condition of the company.

“The members of the Evraz Board of Directors unanimously believe that the sale of the Nakhodka port is strategically justified and the company will benefit from the sale, while retaining its cargo handling capacities for the next five years. The Board of Directors is confident that the transaction is economically profitable for Evraz and will allow the company to continue successfully to reduce the level of debt”, said the official statement of the Russian company.

The port of Nakhodka is one of the largest stevedoring companies in the Far East of Russia. Evraz acquired 91% of the port’s shares in 2003, and in 2007 bought back the remaining 9%. The capacity of the port allows to unload up to 500 wagons with different cargo per day. At the end of 2016, the total cargo turnover of the port was about 10 million tons. As of December 31, 2016, the total value of Nakhodka’s port assets was about 50 million USD and the net profit is 44.5 million USD.

EVRAZ Plc is a multinational vertically integrated steel making and mining company headquartered in London, United Kingdom. It has operations mainly in Russia, but also in Ukraine, Kazakhstan, Italy, Czech Republic, the United States, Canada and South Africa. The main shareholder in the company is Roman Abramovich.

This news is a total 1008 time has been read
Tags: EVRAZ sold its share in Russian Port of Nakhodka for 354.4 million USD