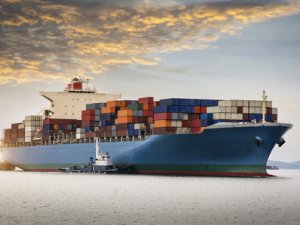 that the Shanghai Containerized Freight Index (SCFI) for the week in question was 795.05 points, a decline of 3% from the previous week.

On the route between China and Europe, some shipping companies accepted shipment at discounted rates, slightly lowering freight rates. Spot rates went down 6.2% to $710 per TEU. Similarly, freight rates were reduced by some operated on the China-Mediterranean trade, which fell 2% to $877 per TEU.

On the trades to the U.S., demand went up and down under the influence of the prolonged trade conflict between the U.S. and China. Spot rates for services to and from the east and west coasts of North America dropped 2.2% to $2,631 per FEU and 3% to $1,566 per FEU, respectively.

Transport demand weakened on the China-Middle East Gulf route, driving down freight rates 3.7% to $633 per TEU.

On the route to and from Australia and New Zealand, shipping service providers took actions to control tonnage, bringing about tightness in supply. As a consequence, freight rates increased 2.6% to $790 per TEU.

On the China-South America trade, some carriers implemented rate hikes, but they were not powerful enough to become wide spread in the market. Spot rates, as such, sank 6.7% to $1,866 per TEU.