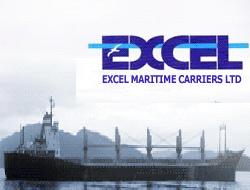 The chairman and controlling shareholder of one of the first publicly-listed Greek bulk shipowners has predicted that further consolidation is looming in the sector.

The chairman and controlling shareholder of one of the first publicly-listed Greek bulk shipowners has predicted that further consolidation is looming in the sector.

In his first newspaper interview, Villy (Gabriel) Panayotides of Excel Maritime Carriers told the Financial Times that shipowners, once they were publicly listed, were obliged by their fiduciary duties at least to consider takeover offers.

He said: "You see that there are a lot of Greek companies now, and not only Greek but other companies, which are entering the public markets compared with five years ago.

"So, in theory at least, we do have now a much bigger number of companies that could consolidate among themselves than we had five years ago."

Excel Maritime, which is listed on the New York Stock Exchange, intends to pursue more such opportunities in future, he added.

Mr Panayotides was speaking after announcing on January 28 a cash-and-shares offer by Excel for Quintana Maritime, another New York-listed Greek shipowner, which valued Quintana at about $2.45bn, depending on Excel's share price.

The combined group will have 47 vessels with a further eight Capesize vessels - the largest dry bulk class - on order, making it one of the world's largest operators of dry bulk ships.

Greek shipowners control about a quarter of the world's dry bulk fleet, but the 4,400 ships controlled by Greek owners are owned by 1,100 companies, making the sector deeply fragmented.

"Our strategy is really to be a major consolidator in the shipping market," Mr Panayotides said. "We would pursue this policy in years to come."

The Excel-Quintana merger was pioneering, Mr Panayotides said, and it was unusual to find such high-quality companies available for sale - Quintana put itself up for auction.

"It had a very good fleet; it had very good management," Mr Panayotides said. "It was for us a mix of hardware and software."

Mr Panayotides has transformed his family holdings - which amounted to four ships when he inherited his industrialist father's business in 1978 - into an empire operating about 100 ships, mostly in three publicly-listed companies. Excel listed on the NYSE 10 years ago, long before other dry bulk owners.

The Panayotides family is also a major shareholder in Torm, a Copenhagen-listed product tanker operator, and operates five privately-owned ships.

This news is a total 1126 time has been read