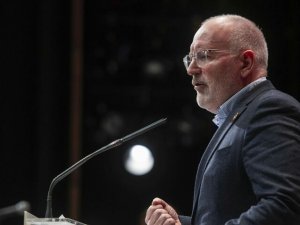 The decision to exclude the UK from the forum has been criticised by a leading European political leader and by wind energy trade bodies.

Frans Timmermans, an executive vice-president at the European Commission who is leading the Commission’s work on the European Green Deal and European Climate Law, reportedly described the decision to exclude the UK as “not necessary.”

“Countries around the North Seas need and want to co-operate on where they put their offshore wind and how they connect it to the energy system. That way they will be able to reduce costs and ensure the energy produced flows to where it is needed.

“Co-operation on offshore wind is therefore clearly in the interest of the UK, the EU and the many businesses operating across both markets.

“It is vital that energy and climate is a top priority for an ambitious deal that helps both sides achieve our climate targets and supports investment in new industries”.

Development of energy from offshore wind and grid connection systems between countries is a long-standing energy priority for the EU and countries bordering northern seas.

Belgium, Denmark, France, Germany, Ireland, Luxembourg, the Netherlands, Norway and Sweden are currently members of the North Seas Energy Cooperation (NSEC), but since its departure from the EU on 31 January 2020, the UK is not.

Energy is one of the issues covered by the political declaration accompanying the EU’s withdrawal agreement with the UK. Future EU-UK co-operation on energy matters, including on offshore wind in the North Seas, will be addressed as part of the negotiations on the future relationship.

In this context, the EU Commission is applying Article 128(5) of the withdrawal agreement to the NSEC. This means that, as a rule, the UK cannot be party to the group, although in exceptional circumstances it can be invited to participate when it is necessary and in the interest of the EU.

At a NSEC ministerial meeting on 4 December 2019, NSEC countries and the Commission agreed to continue and reinforce co-operation under a new three-year work programme.

The work programme for 2020-2023 puts a particular emphasis on developing cross-border offshore wind and grid projects – so-called hybrid projects – with the potential to reduce costs and space of offshore developments.

The NSEC countries have committed to defining a regulatory framework for offshore windfarms that have a grid connection to more than one country. Such hybrid projects will be important in pooling assets and infrastructure and will help to reduce the cost of deploying offshore wind.

The countries have also recognised that space in the North Seas is ‘finite’ and will collaborate on maritime spatial planning to “be able to utilise the energy potential of the North Seas.”

They also plan to better co-ordinate planning and development of offshore and onshore electricity grid expansion to facilitate the expansion of offshore wind and will develop “concrete plans” for potential joint cross-border offshore windfarms that “generate benefits for all participating parties.”

The work of the NSEC will also provide input into the Commission’s planned communication on offshore renewable energy, which is due to be published later in 2020.