Exiting the mother of oil surpluses and floating storage 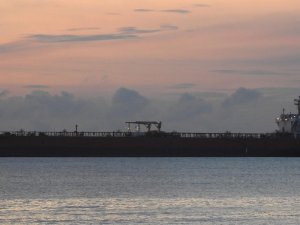 Investment bankers BTIG hosted Rystad Energy for an online update on the oil markets with Artyom Tchen, a senior analyst with Rystad in a presentation entitled ‘Irrational exuberance or fundamental recovery?’

Maritime markets are intertwined with oil markets and expectations of “floating storage” was an important driver of tanker market strength in late March/ early April. Three months on, as we enter summer, oil storage is now set to unwind.

“Contango” forward pricing structure for traded crude oil synonymous with stockpiling of the commodity for sale at a higher price in the future has turned to a flat - or even slightly “backwardated”, or downward sloping - curve, on resurgent oil demand in the face of supply discipline. As explained by Rystad, “We are exiting the mother of all surpluses- with crude draws commencing June- July 2020.”

While the webinar did not explicitly delve into the tanker markets, an important observation on floating storage came mid-way through Tchen’s remarks on this drawdown. “Now it’s mostly onshore storage that’s being drawn down; traders will need the flexibility to move the crude on the water…Those contracts for storing [on the water] are longer term and they are still kept to allow for some flexibility.”

“Oil on the water” stockpiles rose at the staggering rate of 5.3m barrels per day (bpd) during April, before giving back some 1.2m bpd during May, and then on a path to rise slightly in June.

Tanker experts might also draw inferences on trade flows by data presented here. The analysis suggested that the big oil production cuts that we’ve seen (some intentional by the OPEC+ producers and others, such as in the States, by shut in production of shale oil)  have been dominated by reduced production of medium/ heavy-sour crudes.

The big picture, as presented, suggested that oil prices could recover by 2022, with the caution that “the risk of a spike is capped by ample supply potential.” On a slide looking two years forward, prices move up above $50 per barrel, as the crude oil supply balance at present, in 2020 Q2, logged around 7.5m bpd  surplus turns negative over the next year and a half.

In the near term, extended cuts by the OPEC+ producers will lead to tighter crude balances, draws of circa 3m bpd as “the mother of all surpluses” reduces, during July and August 2020, according to Rystad forecasts.

Looking out over the longer term, three scenarios for oil demand (and, by inference, for oil tanker transportation) were presented. In a “non-intervention case”, oil demand could move up to 128.1m bpd 30 years out.

At the other extreme, a scenario where technology disruptions in electric vehicles and other industrial areas occur more quickly than presently contemplated, oil demand peaks in 2028, at slightly more than 106m bpd. For perspective, before the Covid 19 pandemic, analysts had been looking for overall oil demand of 100m bpd in 2021- 2022.

This news is a total 1803 time has been read
Tags: CRUDE OIL , AMERICAS , FLOATING STORAGE