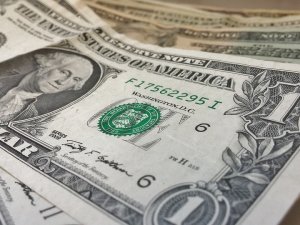 The company said that the China Export Credit Insurance Corporation (Sinosure) had approved the release of approximately USD 40 million from the Debt Service Reserve Account under the Tango FLNG loan facility.

“The documentation for the release of the restricted cash has been signed today and the effective release will occur within the coming days,” the company said on January 23.

In the meantime the Tango FLNG has exported its second cargo for YPF, an Argentinian energy company, engaged in oil and gas exploration and production in December 2019 and the third cargo is being produced.

Exmar added that it has obtained financing for its two very large gas carriers under construction at Jiangnan, due for delivery in the course of 2021.

The two vessels will each enter a five year time-charter to Equinor upon delivery from the shipyard.

The Belgian owner has drawn under a pre-delivery financing of USD 20 million with Maritime Asset Partners, which partially covers the installments during the construction of these vessels.

“With the structural developments and extension of the bridge loans, EXMAR is in a stable cash position to cover its current liabilities and address its future cash requirements until the effective release of the Debt Service Reserve Account (DSRA),” the company concluded.

The financing update comes on the heels of the company’s reshuffling of business structure, which is now comprised of:

The company is bullish on its outlook for this year amid strong LPG shipping markets, the strong performance of its barges, as well as better than expected production of Tango FLNG.

This news is a total 841 time has been read
Tags: EXMAR, Tango FLNG.