Exports to Asia are booming! 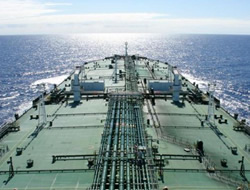 An average of 25 vessels per month are fixed from the Caribbean to Asia so far in 2014, not only to China, but increasingly also to India.
Currently, long-haul Caribbean exports to Asia, especially from Venezuela, are booming, says Poten & Partners in their latest Poten Tanker Opinion.
Through various agreements with the Venezuelan government, China and India have committed to import increasing volumes of crude oil, Poten claims.
In September 2012, state-owned Petroleos de Venezuela, known as PDVSA, signed a new 15-year, 300,000 -400,000 b/d oil export deal with independent Indian refiner Reliance Industries, a significant increase from their previous long-term deal of 270,000 b/d.
With average imports in excess of 400,000 b/d, India has become one of the largest Asian buyers of Venezuelan crude last year.
Poten expects further increases, as Indian refiners are increasingly capable of processing heavy Venezuelan crude.
Since 2011, China and Venezuela have signed a raft of bilateral loan-for-oil deals. During 2013, these deals allowed China to import up to 550,000 b/d of Venezuelan crude oil (although the actual movements were reported to be somewhat lower at 485,000 b/d).
Just like India, Poten believes that prospects for increasing sales of Venezuelan crude to China seem to be on the rise as a new 400,000 b/d refinery (a joint venture between China National Petroleum Corporation and PDVSA) is forecast to start in 2018.
As Caribbean exports have taken off, the number of VLCCs moving into the Caribbean/US Gulf area has stagnated and, at times, declined, according to Poten. The Opinion states that this has been primarily due to changes in Saudi Arabian exports to the US.
The variability in Saudi movements in recent years can mostly be attributed to the situation around the new 325,000 b/d crude distillation unit at Motiva’s Port Arthur refinery (a joint venture between Saudi Aramco and Shell).
Technical problems closed the unit down for several months in 2012, reducing overall imports and VLCC availability in the US Gulf.
In anticipation of a significant repair and maintenance period at the Motiva refinery later this year, Saudi exports to the US Gulf have slowed to a trickle over the past few months, which has tightened the Caribbean VLCC market, Poten claims.
Currently, there are not enough vessels available to handle the volume of cargoes moving to Asia and, as a result, VLCCs are ballasting from other areas, primarily in the Atlantic, but on occasion also from the Pacific, to position themselves for these voyages.
Owners are willing to ballast longer distances into the Caribbean because the returns have been attractive.
Poten believes that the current market imbalance should improve when Saudi exports to the US pick up after the completion of the repairs and maintenance at Motiva.
Further increases in long-haul exports from the Caribbean in combination with stagnating imports from the Arabian Gulf could create a more permanent tonnage imbalance in the region, which could ultimately have positive implications for future ton-mile demand for VLCCs, but also raise transportation costs for charterers, Poten concludes in its Tanker Opinion.
http://turkishmaritime.com.tr
This news is a total 5346 time has been read