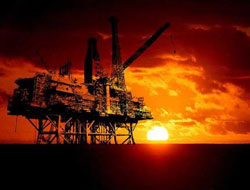 Iraq depends on oil for more than 90 percent of its national budget.

This news is a total 1129 time has been read